​
​Here's a five-minute romance, just for you!

The twinkle in his eye—that’s what I first noticed about The Tall Guy from the Coffeehouse. I was doctoring up my to-go coffee with sugar, as I did every morning before work, when he sidled alongside me to reach for a napkin. I offered the polite smile I give to strangers, but when I saw the spark in his hazel eyes? Frankly, I forgot how to breathe.

So of course I went back for coffee the next morning. So did Tall Guy. “What is it about coffee from a shop that makes it taste so much better than the free coffee at work?” His deep voice carried a teasing tone.

“Maybe it’s because my boss likes his coffee a lot stronger than I do.”

“I might prefer that to the weak stuff in the teacher’s lounge.”

“High school English. What do you do?”

“I work at Regency Jewelers down the street.”

Working there had taught me how to tell the difference between the glitzy flash of imitation stones and the clear sparkle of a genuine article. Both might be attractive at the outset, but only the latter lasted. Gems weren’t so different from people in that way, and after my last relationship, I wanted something real and lasting with a solid, decent man.

First impressions can be deceiving, but it didn’t take me long to decide the Tall Guy from the Coffeehouse definitely had a genuine sparkle to him. He—Dodd, I soon learned— flirted, yes, but our conversations went beyond charming chatter. We shared a love of hiking, quiet nights with good books, and dogs.

Would our relationship progress beyond the coffeehouse? Maybe I could hint I was looking for a new hiking trail. Or I could be straightforward and just ask him out. I pondered the situation at work while my boss was out to lunch, so engrossed in my thoughts that when the buzzer alerted me to a customer at the locked door, I jumped out of my skin.

Dodd waved at me through the glass door. What was he doing here?

“Are you on your lunch break?” As I let him in, I sounded breathless, and it wasn’t because I’d had to rush to unlock the door. It was because he was here and my heart was on the verge of exploding.

“Yep, but I need to do some quick scouting. I was hoping you could help, Sara.”

“Sure. What are you looking for?”

The words reverberated around my skull. He was getting married?

​The way he looked at me, hazel eyes twinkling, I could tell how happy he was. How he expected me to join into the enthusiasm that pulled his lips into a wide grin.

Instead, I offered him one of those polite smiles I use for strangers. “That’s wonderful,” I managed. “Are you interested in a traditional diamond?”

“Absolutely.” He scanned the glass case.

So much for my feeling that he was as genuine as the diamonds I showed him. What sort of guy flirted with a woman when he had an almost-fiancée? I was disgusted with him, but also with myself for being taken in yet again by a guy who was as phony as a glass gemstone.

“I’m thinking one of these will be best.” He gestured to a row of larger stones. “But I’m going to have to come back later.”

“It’s best to be sure you get the right thing.” I wasn’t just talking about the ring, either, but reminding myself it was best to find out now Dodd wasn’t who I thought he was.

As he left, I shook my head. I would not stop by the coffeehouse the next morning. I would not help Dodd when he returned, either; hopefully my boss could do it.

Ten minutes to the end of my shift, Dodd returned. And he wasn’t alone. His smiling, gray-headed companion held a red-tipped cane in one hand and the leash of a seeing-eye dog in the other. Dodd guided the man toward me.

“Sara, this is my grandpa and his dog Charley. Grandpa, meet Sara. She helped me find several rings I think you might like to give Mavis.”

“I can’t wait to propose.” The older fellow’s grin was just like Dodd’s.

My heart about leaped out of my chest for the second time that day.

Later, when Dodd pulled me aside to thank me for helping his grandpa select the perfect engagement ring, all I could do was smile. “Want to go on a hike sometime? The two of us?”

“Sara, I was about to ask you the same thing.”

​His eyes sparkled brighter than the diamonds around us. I’m pretty sure mine did too.

Please don't share the link to this page! This story is just for you, my newsletter subscribers! 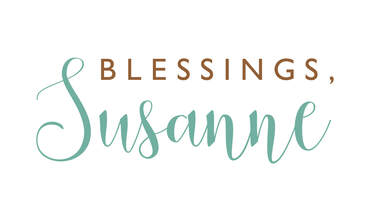